Life is worth living with hopes and dreams,

No easy ways to achieve with simple schemes.

Met someone with similar determination on matrimonial site.

With passion to surpass any hurdle or boulder.

With zeal like diver diving deep in ocean searching pearl,

Ready to shine like water droplet on the leaf,

With cute smile to take away any grief.

Kindness, compassion, confidence are qualities in her.

Helping family along with generation of youth.

Teaching theories of books and ethics with morale and truth.

All I can hope to give is my blessings and prayer,

To God to keep her to righteous path and take her care.

Will you be my valentine on this day?

And change my life to colorful from grey.

Radiate me with light of happiness and cheer,

I promise, you will always find me near.

You made me to believe in love at first sight.

All these years gathered courage to confess,

Without you my life is just meaningless.

No matter what the situation is?

I will bring for you moments of bliss.

Hold my hands and come with me,

I will show the world you ever wanted to see.

All I just want to see happiness and joy in you,

Whatever you think all words I said is true.

No matter now what you say,

If you decision is no then I will go away.

And never return in your life again,

For you I will bear every pain.

t
Life a wonderful gift given by god,
Realized when an event happened–very odd.
A day when I bunked the school,

Went with my friends, making myself a fool.

To the nearby river to take a bath,

Who knew I had to face the river’s wrath?
Trying to swim in the water, known only to a few

Enjoying the moment and cool wind that blew.
Current of water in the river was slow and steady,

With the desire to learn swimming,I was ready.
Then, I suddenly started to drown in the depth of river,
My friends when seeing me started to shiver.
I started moving my legs and hands very fast,
It was useless, I felt overcome, but I had to last!
I cried in a loud, forceful tone, “Save me!”
I started to feel unconscious, unable to see.
When I opened my eyes, I felt myself at the brink
I was amazed, dumbfounded, unable to think

Friends told me I was saved by a villager boy,

I thanked him expressing feelings of joy.

I had never seen my death so near,
We went home in a mood of cheer.
This became a horrible day that I won’t forget,

But from parents, it was a secret kept.

Running down the streets carrying a bag,
Searching every dustbin and picking useful rag.
Wearing cloths filthy and torn,
Struggling in the earth where he is born.
Still laughing and playing with his friends,
Enjoying the world of changing trends.
Walking barefoot around the city street,
Feeling no pain in his soft feet.
Curious for playing with electronic toys,
On seeing playing with them young boys.
Imagining the taste of pastries and ice-creams,
Is he happy with his broken dreams?
Dreaming of living life with joy and comfort,
But everyone treats him like dirt.
Willing to go school for learning,
Wants to become rich through earning.
Filled with truth and innocence in his eyes,
But who cares in this world of hatred and lies.
A world where humans become wild,
Is there anyone to care about the unprivileged
child?
By KAMLESH ORAON

Sitting in the class with open eyes,
With relentless truth and no blatant lies.
Pretending to understand every word,
Even though I find it quite absurd.
Naughty mind wandering outside,
Studies seem to be tougher than suicide.
Watching the birds sitting on a tree,
And dreaming “that’s where I want to be”
Listening to their melodious voice,
Because for me that is a better choice.
I am searching out some chances,
To escape from boring lectures and classes.
Dreaming about a world of fantasy and fairy,
As mentioned in my personal diary.
A world of happiness and joy,
Where there is no one to annoy.
Looking front, back, left and right,
In a search of some wonderful sight.
Struggling to pass time,
When noticed by the professor, acted like a mime.
Staring the girl sitting next,
Busy writing the book’s text.
by KAMLESH ORAON

A day when I acquired a new asset,  a day that I will not forget,

A day when I destroyed my moral compass, only left with regret

I took a friend’s phone left on the desk,  a horrible mistake made by me,

I took a friend’s phone left on the desk, when there was no one else to see!

I tried to give it back but my mind changed a bit,

then further thought and decided,”Why not keep it?”

Returning to the hostel, everyone busy searching there,  I saw rushing all around,

peering into every room– hoping that the phone would be found.

Frightened by seeing faces with fury,

I managed to hide it in a hurry

When I went to the friend to take a look,

whose phone I willingly took.

I saw his sorrow and pale face,

I felt from inside a feeling of disgrace.

Realizing that I have made a big mistake,

A burden of stress started to build, feeling pains of guilt,

I decided to give it back, and take leave of this dishonest quilt!

But I had no courage to return the stolen goods in front of everyone!

I wrote a letter of apology to him, my honesty a bastian.

confessing my fault and asking for forgiveness,

I placed it with the phone in his room, amid the midnight  darkness.

In the morning I saw his feeling of joy,

His finding of what was lost and not destroyed

Then I felt relief from within,

and so sorry for my sin

so sorry for being host,

of wrong and selfish thoughts…almost!

From many years hidden in my heart,

My first love with my classmate,

Always thought she is my true fate.

Sitting and watching her all the time,

As if it was a crime.

Sometime we sat together in the class,

Knowingly I brought her favorite cakes.

Friends teased me taking her name,

And I used to feel childish shame.

After school waiting for a while,

Looking at each other with a cute smile.

I didn’t knew it was love or not,

Though for her with one boy I fought.

Years passed, neither I nor she expressed,

I thought she was not impressed,

Neither was I good-looking nor genius.

Within, my heart was making fuss.

On last day of school when classes meant to end

She wrote in my hand BEST FRIEND.

Still I was happy and in mood to cheer,

I gifted her memories in form of teddy bear.

From that day I have never seen her,

But in my eyes she always mesmerize.

It’s a tale of an accursed girl,

caught in the worldly illusion whirl.

Happy with her life and pride,

Enjoyed her life being alone,

unless fell in love with a boy unknown.

Seemed they deeply love each other,

against the warning from her mother.

She knew her parents won’t accept this,

their marriage had no hope,

so decided with him to elope.

Planned on a new moon night,

when they will escape from visions,

in the absence of moonlight.

She stole some costly gems and jewel,

which they planned to sell.

She reached the garden surrounded by dark,

dead silence all around,

where she can even hear far away dog’s bark.

Waiting,waiting under a tree in pain,

when started a heavy rain

Suddenly got a hit in head….

….from behind and lost in sleep,

When woke up she started to weep.

Gone all the gems and jewel,

then she realized about the betrayal.

Though she was alive but murdered,

from inside with love,faith and trust.

She ran towards home crying in burst.

Forgiven by parents for her worst mistake,

but she learned a lesson to recognize,

people with faces real or fake.

Always beware before it’s too late,

When I was a kid,

I was always tied through restriction,

Small decision were taken up by parents,

which I never liked.

more exposure to outside world.

Given choice to make own decision,

which they believed I would make with precision.

But the snare of worldly illusion,

again chained me up through….

Burden of expectations from

family,friends,love and society surrounded me.

Couldn’t enjoyed the freedom outside,

I was tied tight through chains..

of more responsibilities, obligations and dreams of future.

Then I realized the world’s reality,

where one have to survive with own ability.

pain of restriction were better than pain of losses.

The chains of worldly illusion kept pulling back,

gave many wound and burn,

but taught never to take U-turn.

It tries you to give disgrace,

so better be ready with courage to face.

But same time taught to fight with hope,

showed ways to reach on the top.

People always ask me from me,

Are you an atheist?

You don’t believe that god exist?

which religion do you believe?

As usual I answer them all,

Yes I have a religion,

Humanity is my religion,

Only you have to change your vision.

Because I never went to church,

rather I lighten up the dark houses with it.

Never went to any temple,

rather I always want to become humble,

with poor and needy ones,

only you have to work for mankind.

not chanting prayers in whole city.

and people who are in need,

Then the world of equality and peace,

would be established with our noble deed.

My prayer lies in spreading,

peace and kindness all around,

and eliminating all evil elements from society,

through which they all are bound,

This is my true belief,

which gives me from inside intense relief. 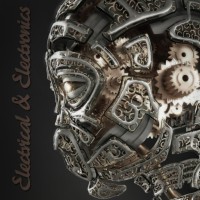 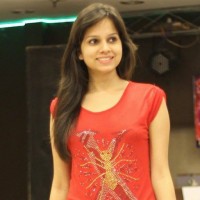 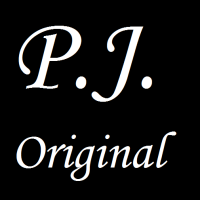 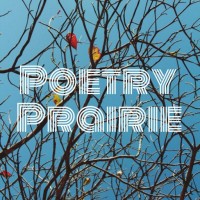 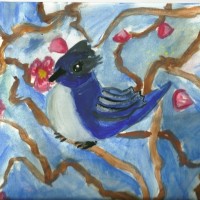 Solar Energy is ideal for a country like India which has plenty of sunshine with well over 300 average annual sunny days.

A travelogue to make your travel easy

this is... The Neighborhood

the Story within the Story

Poetry comes from within!

The One Thing I know For Sure

A soft place to fall, some poetry, some stories some random thoughts but most of all a place that I hope blesses those who stop by.

What I have felt over the years

Observations of the illusion through the eyes of wonder...

Life through "my eyes" enjoy the insight

THE BEST OF POETRY

Life Through the Big Screen

A podcast where I invite guests from all walks of life to discuss their favorite movies, and we use that film as a starting point to talk about deeper issues such as faith, politics, and social issues.